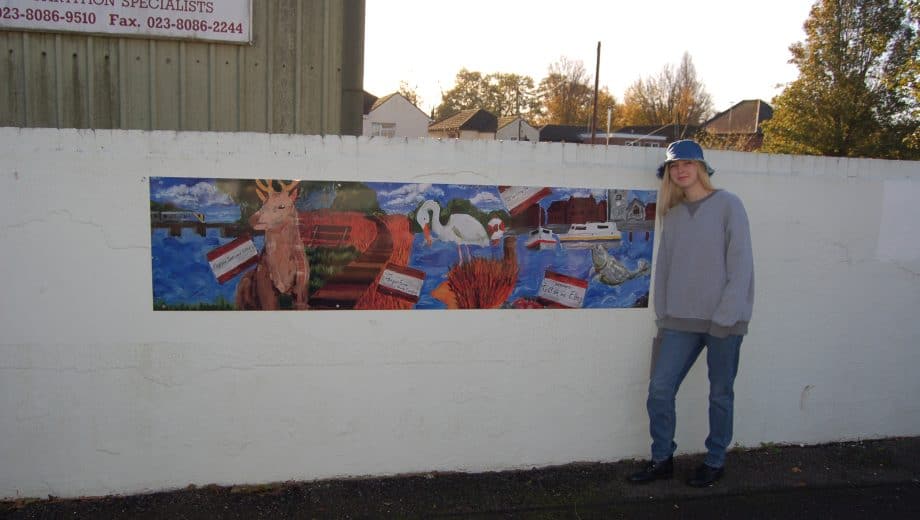 Originally started just as the pandemic took hold, our art department began a project in conjunction with the local council and Southwestern Railways to produce a mural for the Totton railway station. It has taken nearly three years to finally achieve our goal!

Last year’s Level 3, year one group had the task of taking this project over and the journey was fun to see develop. Initial ideas were first generated and through the watchful eyes of our client, Amy, feedback was constructively given to guide the students towards the vision of the council and Southwestern Railways. Once ideas were developed, a shortlist was drawn up for Amy to select four worthy contenders for the overall design. These four winners had their final designs presented on the council web site for the public to vote on. There was a clear winner, and that person was Ceara Taggart who had clearly understood the brief and the requirements of the client.

The mural has been digitally transferred to a graffiti proof metal which gives it a professional feel.

Everyone is very happy with the conclusion and there was a presentation at the station where Ceara, Amy and others from the town council met for photographs. A good ending to the project after all this time!

5 months ago We are deeply saddened at Totton College and Nacro to hear that Her Majesty Elizabeth II has died. Since Nacro was… https://t.co/IHJGnuMQAC Follow us
53 years ago Like our page
Top