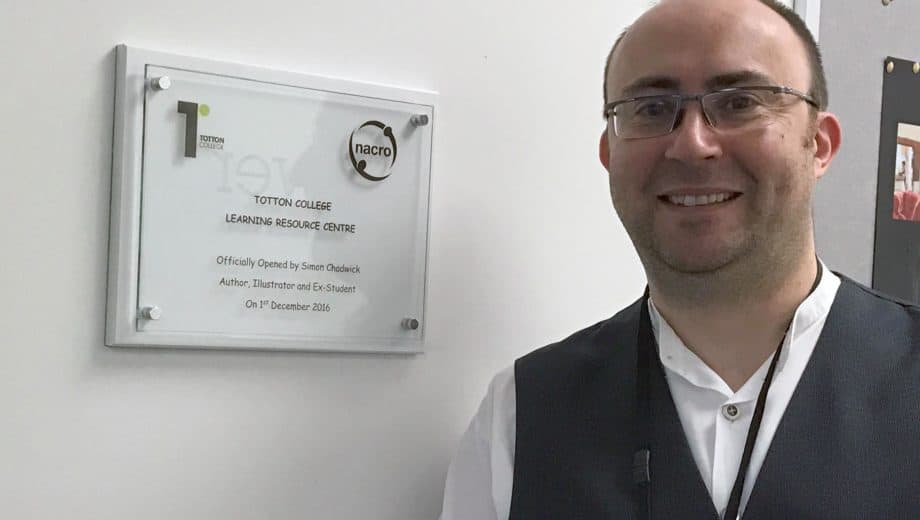 Students and staff gathered to mark the occasion where Derek Headrige, Campus Principal, said a few words about the new facility which has recently relocated.

Simon, a former student of Totton College and New Forest author and illustrator, writes children’s books, including important messages about looking after the local wildlife and environment with references to Hampshire towns and villages.

“I had enormous pleasure officially opening the brand new Totton College library, or as it is known, the Learning Resource Centre. I attended Totton College and was told to bring some books along in case people were interested and ended up almost selling out, which was a great bonus. Whether or not the magnificent attendance was down to me or the promise of a lavish spread of food and drink I couldn’t say, although I’d be tempted to go with the former.” 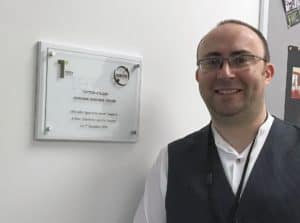 5 months ago Very excited to announce that our art students will be painting a mural at Totton Railway Station! We are down to t… https://t.co/d5RhNm7T6x Follow us
53 years ago Like our page
Top